The project, which has been funded by the European Union, has improved a road traffic problem between Mikel Anton Vasalli and Tas Silema of Kappara. SANJOSE has designed and developed a construction project of more than one kilometre in length in which stands out a bridge that saves the roundabout of distribution of secondary traffic. This bridge has a length of 193 meters and two lanes for each direction. The width is 9.95 meters (including two useful lanes of 3.50) and the solution adopted was to separate the boards in each direction and prefabricate it with metallic beams and pre-slabs of reinforced concrete to avoid as much as possible the effects on existing traffic.

It is the first bridge that is made in Malta with this type of steel and concrete. Among its singularities, highlights its board since its metallic beams were manufactured in a workshop in Galicia, Spain, and shipped to the port of Marsa so that, once the abutments and piles were built, they were moved and assembled in only 8 nights. The bridge was divided into 16 pieces of 23 and 27 meters long each and 6 meters wide. All metallic beams weighed a total of 520 tons and took two weeks in the trip from the port of A Coruña. 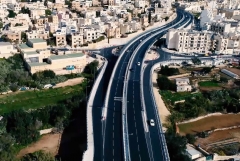 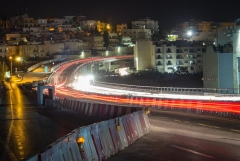 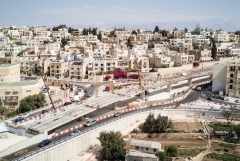 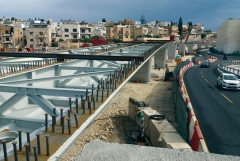 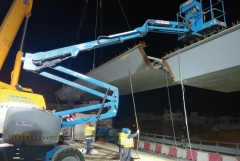 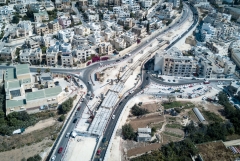 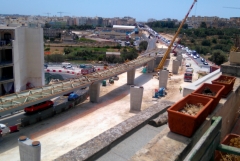 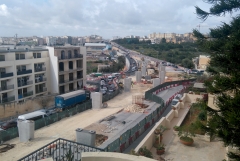